We have submitted a planning application for 6 new-build houses in Peckham for our client, Lanbury London.

The design challenge on this site (currently occupied by a disused industrial building) was its 'backland' setting, surrounded on all sides by residential properties with their rear windows looking towards the site. It required an architectural response which respected the character of the local context and the relationships with the surrounding neighbours. 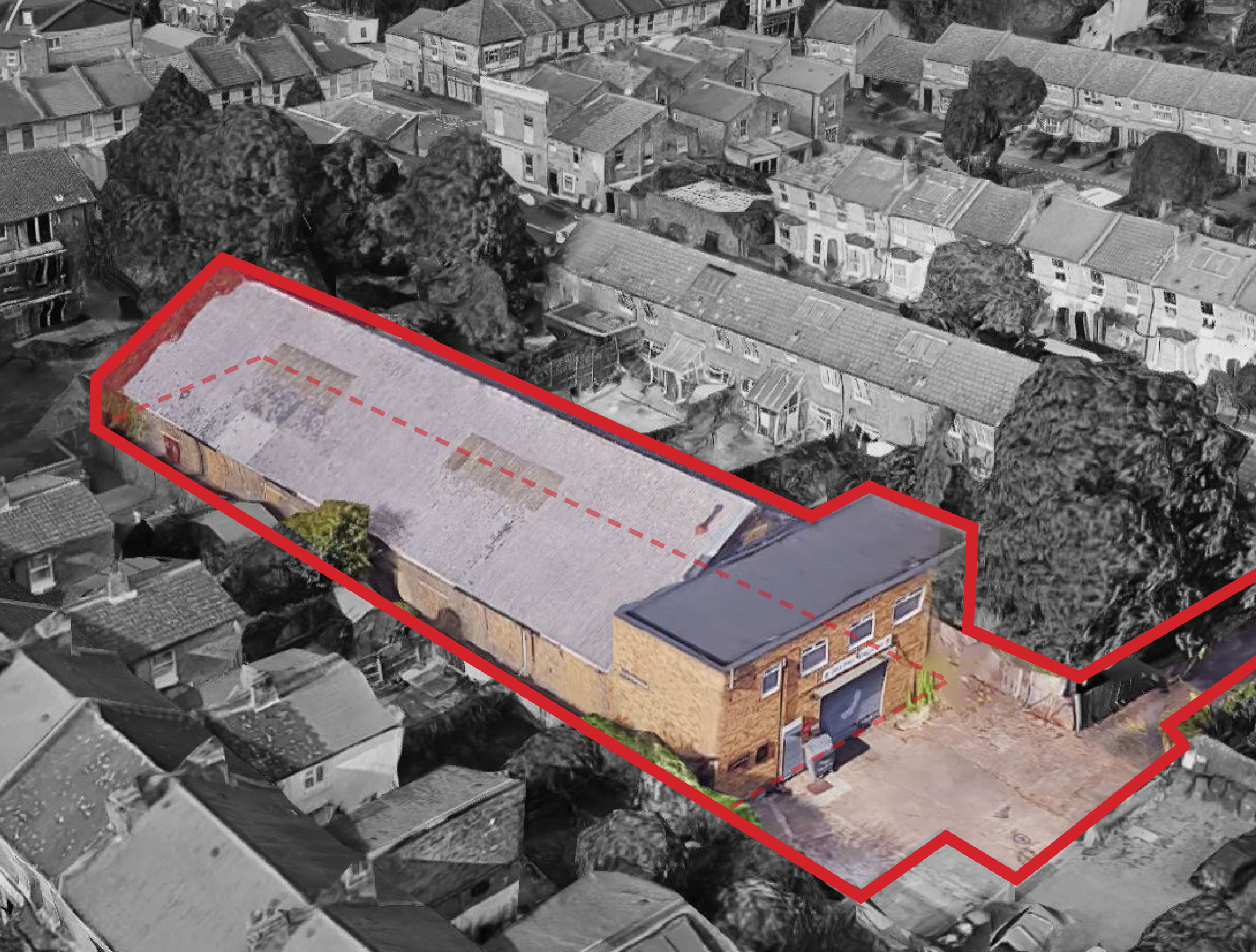 Previous schemes by others had proposed a continuous terrace building which presented a 'wall' of development and was very limited in its attempt to mitigate overlooking of the surrounding residential properties and their gardens.

We sought a different approach; an architectural typology similar to courtyard housing which would address the site’s constraints in a more positive way. We re-orientated the development plots to create an inward facing east-west aspect rather than an outwardly north-south.

The plots are spaced apart, increasing permeability and minimising the visual impact on the outlook from the neighbouring properties to the north and south. The gaps created in between form small courtyards, or in this case private gardens, directing outlook within the development site to these green spaces.

The architectural design builds upon the plan arrangement. As the blocks have been orientated to turn their sides or end 'faces' towards the neighbouring properties, this is reinforced and celebrated by creating pitched gable ends. This strong but simple form responds to the pitched roofs of the traditional Victorian housing surrounding the site and the modest scale allows the scheme to nestle into its setting. 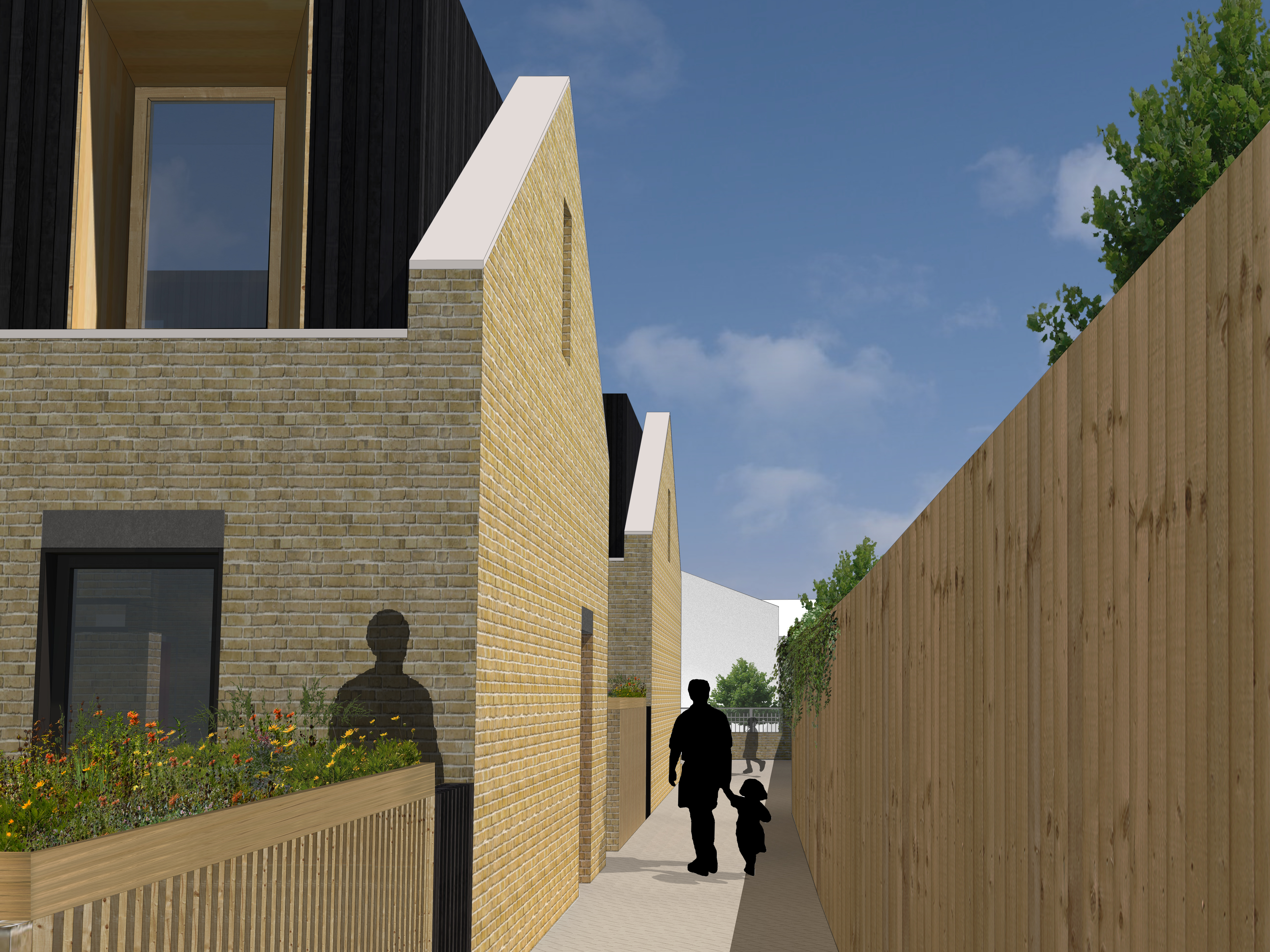 When viewed along the pedestrian access the roofs of the three blocks have a rhythm which further enhances the spaces between them, clearly distinguishing them as separate entities.

Extensive public consultation was carried out, where it was evident that local residents appreciated the neighbourly design response.

A window design was also developed which further omits any overlooking, with splays to the top and left side of the window allowing ample light in. These features add depth to the inward facing facades, while the timber splays frame the openings which adds to the materiality to the scheme. 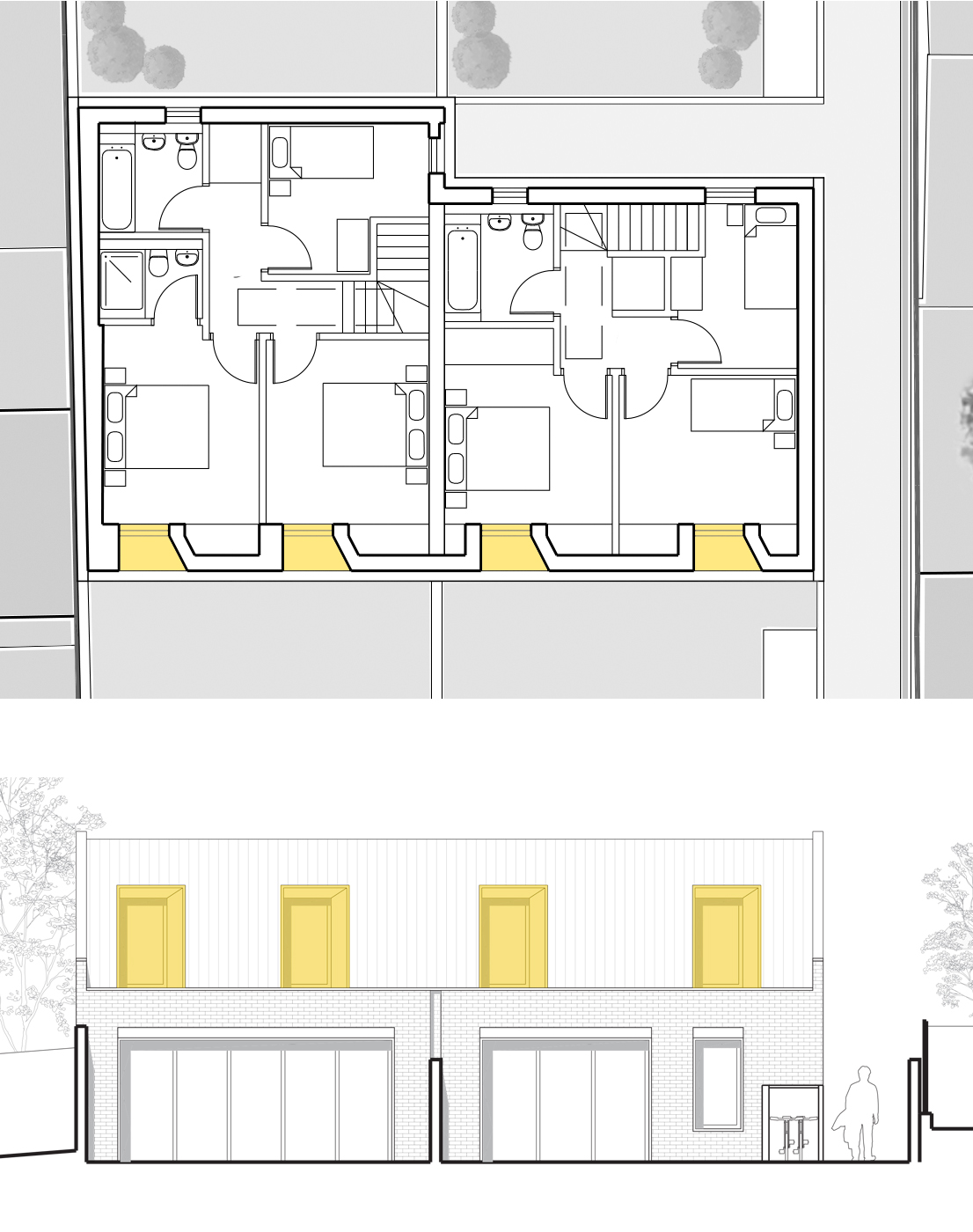 Finding inspiration from the surrounding terraces, the brick material of the gable ends connects along the ground floor creating a traditional mews style base. A more contemporary charred timber upper floor slots into the brickwork, rather like a dormer roof form, held within the gables at each end. The dark colour creates a quiet contrast with the brickwork emphasising the forms and materials at ground level. 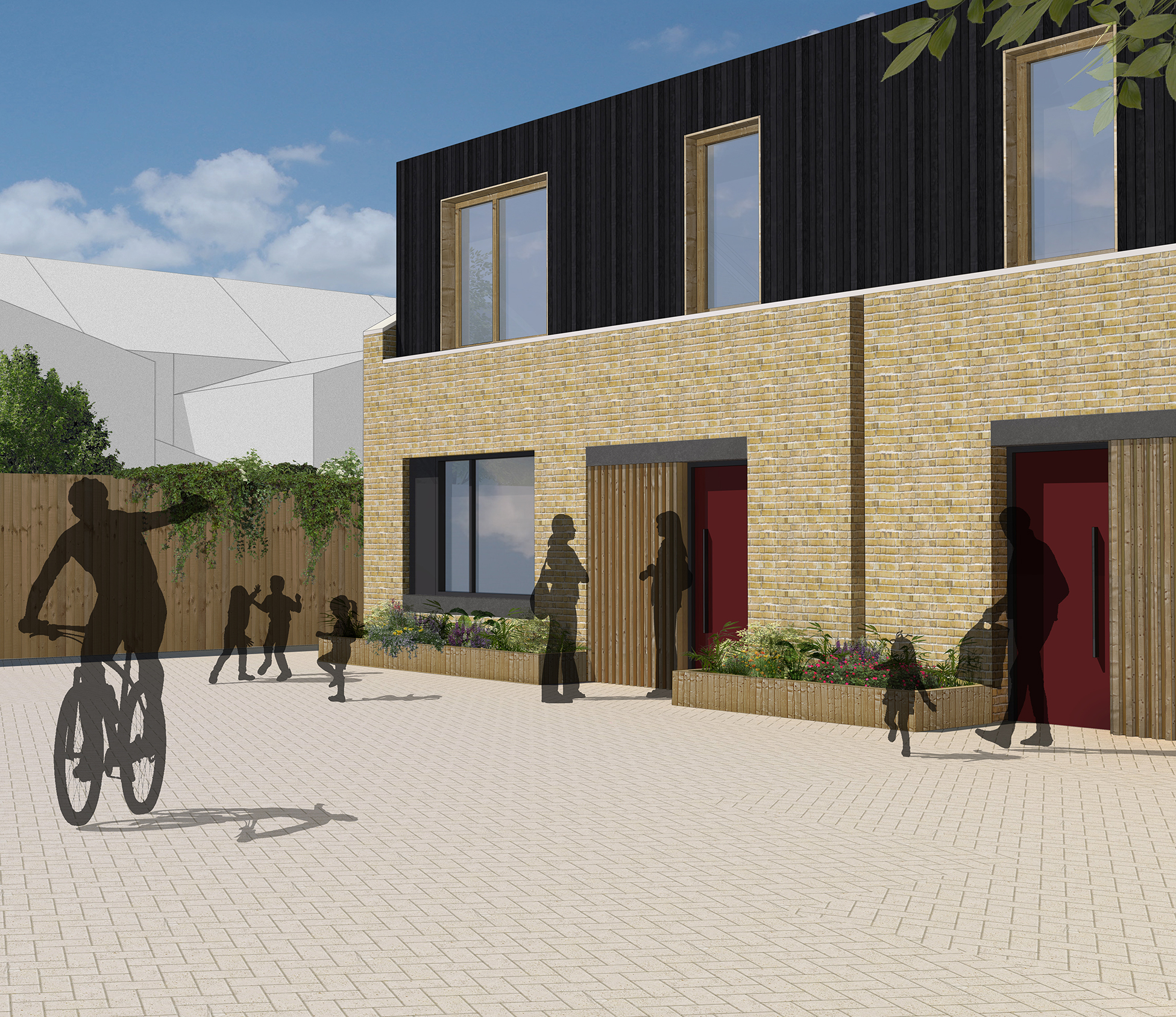 Overall, the scheme seeks to create an appropriate, efficient use of this brownfield site currently occupied by a disused industrial building which detracts from the quality of the urban environment. The design aims to create sensitively designed yet contemporary architecture which will enhance and sustain the character of the area.