How Important is Hand Sketching in Architecture?

“Architects are known for carrying sketchbooks and journals wherever they go to record fleeting ideas and impression. Often the first sketch is the last time the architect will be freed from the constraints of time, budget, program and politics. It is the moment when only the problem and its possible design solution exists, the moment when creativity appears in its purest form.”

Every design has to start somewhere and usually that story will begin at the nib of a pen or at the point of a pencil. Initial thoughts are jotted down instinctively, sketched out, sparking a concept, which then acts a catalyst to an ongoing project journey. A fluid, creative process of battling ideas, overcoming restrictions and limitations through sheets of loose trace. 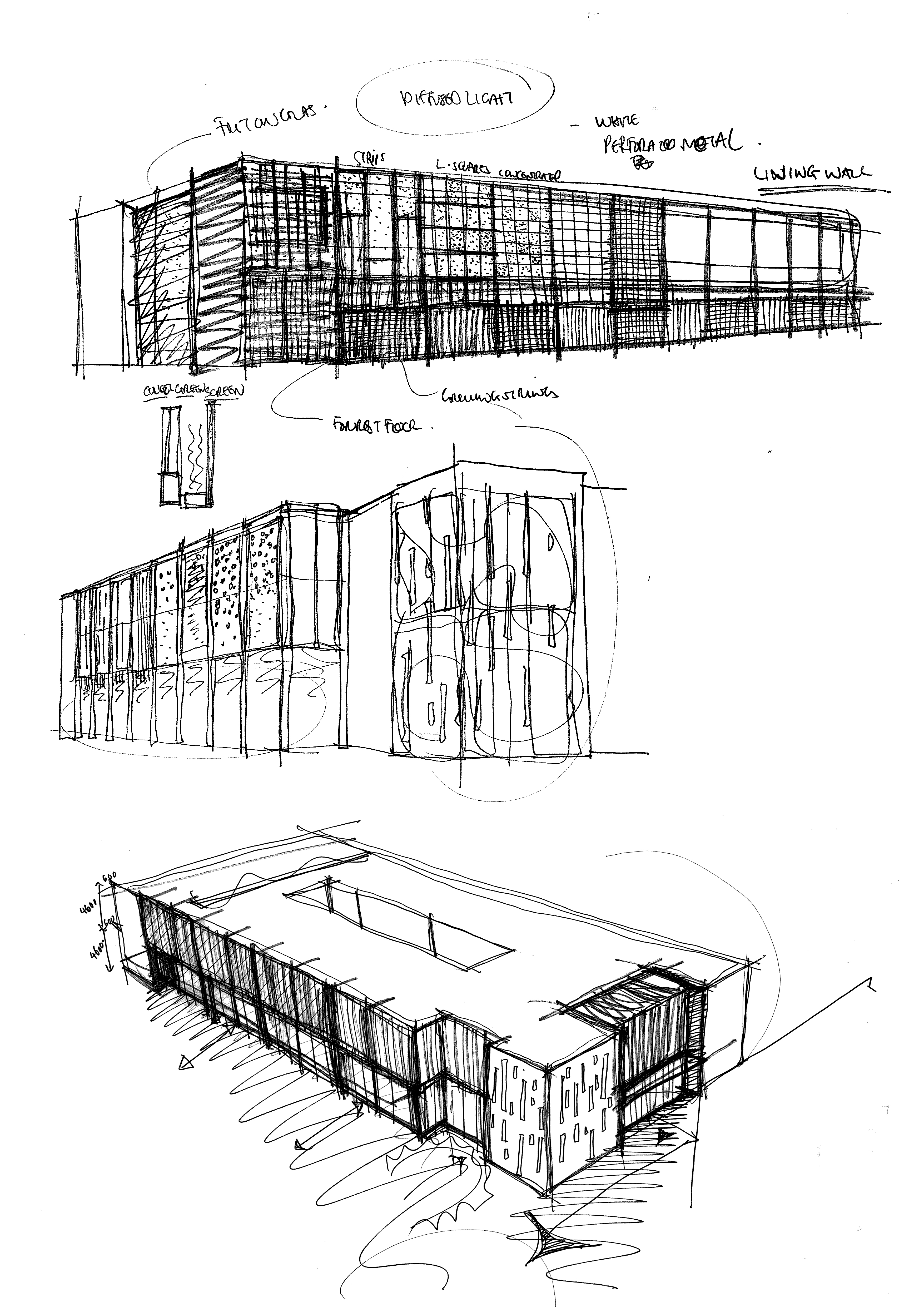 On paper constraints are an opportunity, with unrestrained ideas, thought and expression. Sketches can be non-committal, which can be screwed up, tossed away frivolously with a huge sense of freedom. The intrinsic satisfaction from getting thoughts down on paper, making a start, taking that first step is liberating and engaging, inviting conversation and further thought. This initial process is fundamental, the most effective and efficient way to communicate ideas. 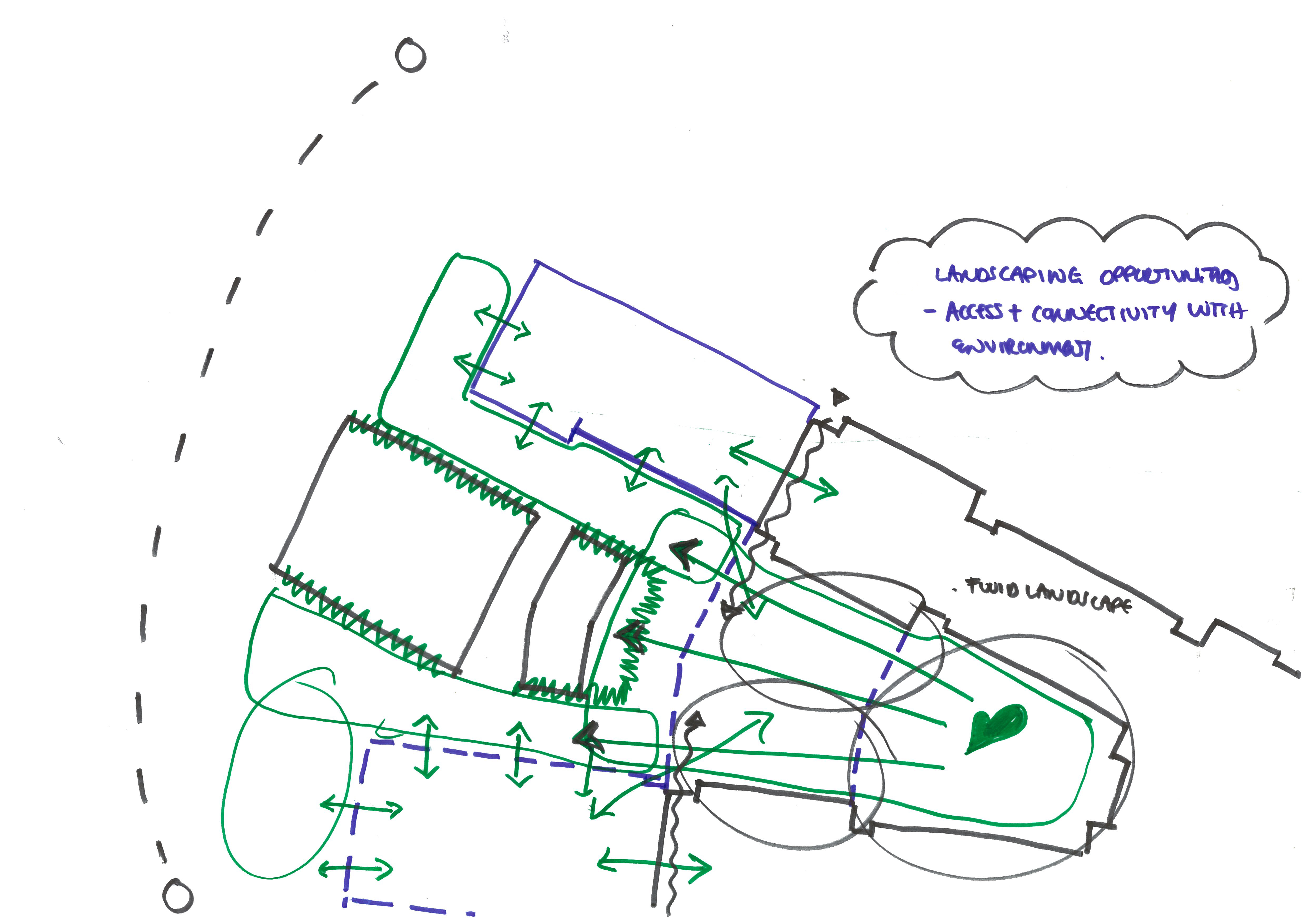 Sketches reveals many secrets that lie behind the design: the thought process. The energy in a sketch is personal to the scheme and the designer and the physical interaction with the pen is a language of its own. The committed or non-committed strokes, additional tones, the hardened lines hint at clues, suggestions, pieces of a jigsaw that fit together to disclose the designer's intent, the soul of the scheme, which is something computer aided design just cannot recreate. 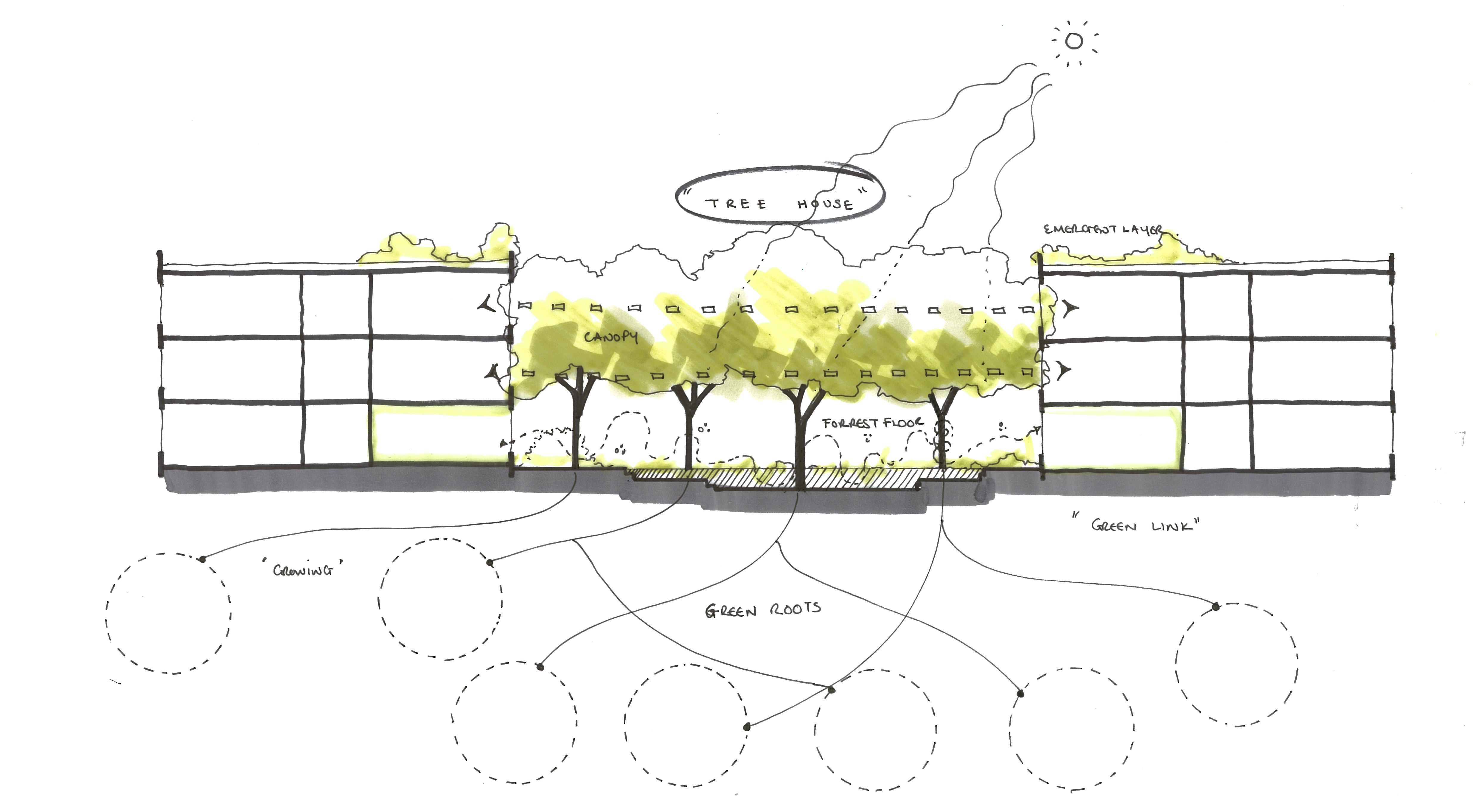 In sketches we can observe both the intuitive decisions, questions or challenges. The energy in sketching allows for dynamic, fluid design, as part of an ongoing organic process. Quick thoughts, quick ideas, communicated effectively there and then to others or to work through ideas in the designer's own mind. 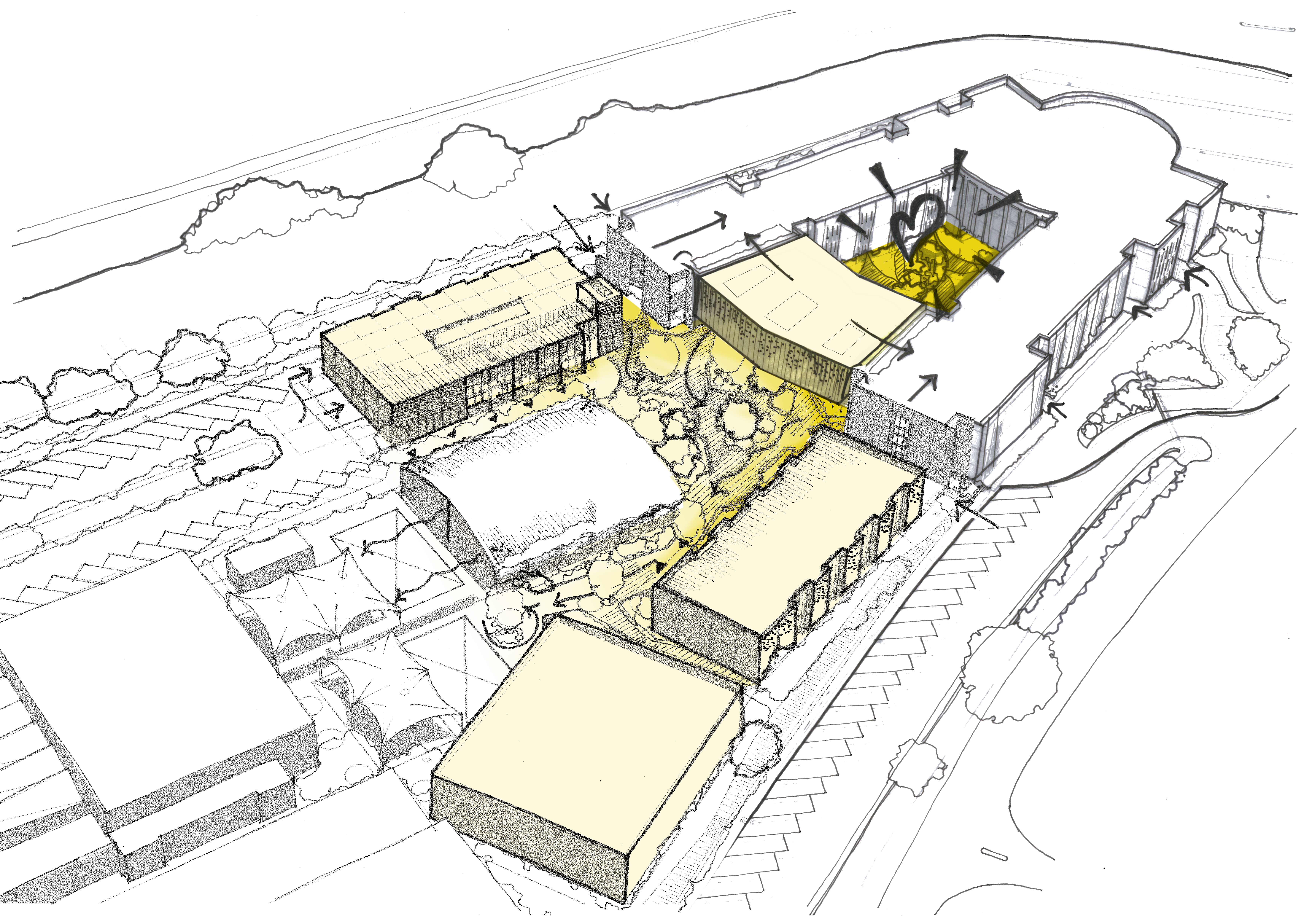 Hand drawing is a medium accessible to all, an universal language. A design is not the product of a single hand, it is a group effort, involving a team of designers. Sketching can become a collaborative exchange of thoughts and ideas, inspirations and influences, which should be actively encouraged at all stages of a project alongside CAD.

CAD has a significant and important role within Architectural design, fundamental to the production and exchange of design information but the warmth of a sketch is unique in the process. The emotive, human input can only be gained from a drawing produced by hand and architecture is a human discipline. 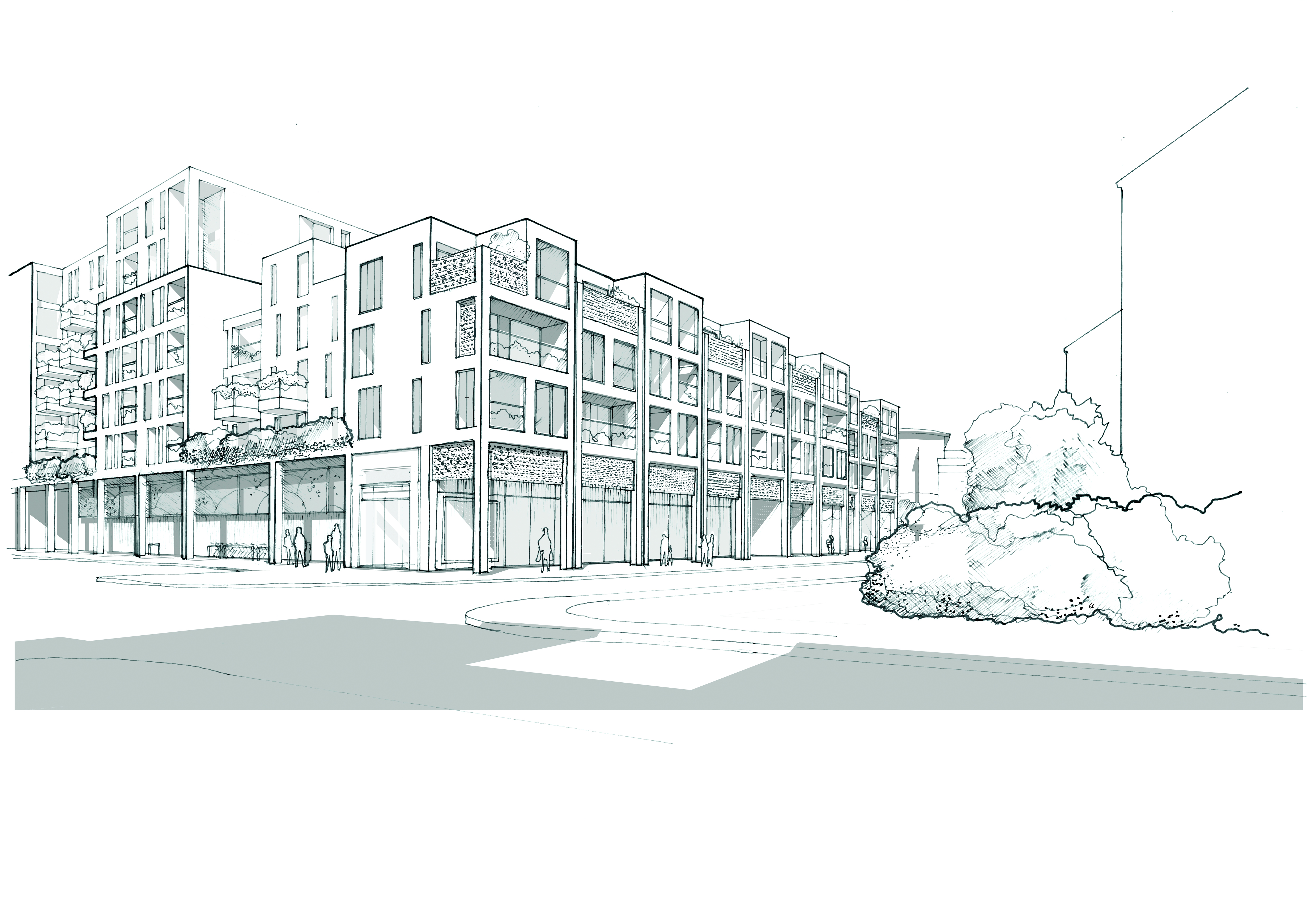 It has a huge part to play in the creative, interactive process and is incremental at every stage of the journey as a tool of expression, a method of communication.
Advancements in drawing technologies, programs and apps have allowed for highly intuitive processes, drawing interfaces with extensive design and visualisation possibilities, which all strive to achieve speed and improve efficiencies. However, this can stifle the creative energy in a bid to speed things up, working to limitations and restrictions of the software, timescales and program. Digital software has a place in the process but at the very outset of a project is where the hand sketch is most vital - to freely draw, freely communicate ideas - quite literally putting thoughts on paper.