Planning permission has been granted for a small residential scheme in East Dulwich for our client, Lanbury London.

This site in South East London has been subject to previous design proposals (by others) which were not supported by the local authority. With Lanbury, we have sought a new approach to the site which builds upon the Victorian architecture of the local area.

A terrace of four contemporary houses re-imagines the traditional Victorian home for the modern occupier. The 3 storey development complements the terraced housing in the surrounding streets, with a site specific and distinctive design, using high quality, robust materials, composed to exhibit character.

The design of the scheme reflects the plot widths of the neighbouring Victorian terraces, which have defined the plans and subdivision of the block. Two storey bay window features further express the verticality and proportions of each dwelling which respond to the character of the local area. The rich architectural language of the adjacent Conservation area has also informed the scheme design, which offers a contemporary interpretation of key features such as the bay windows, striped brick piers, window proportions and patterned metalwork. 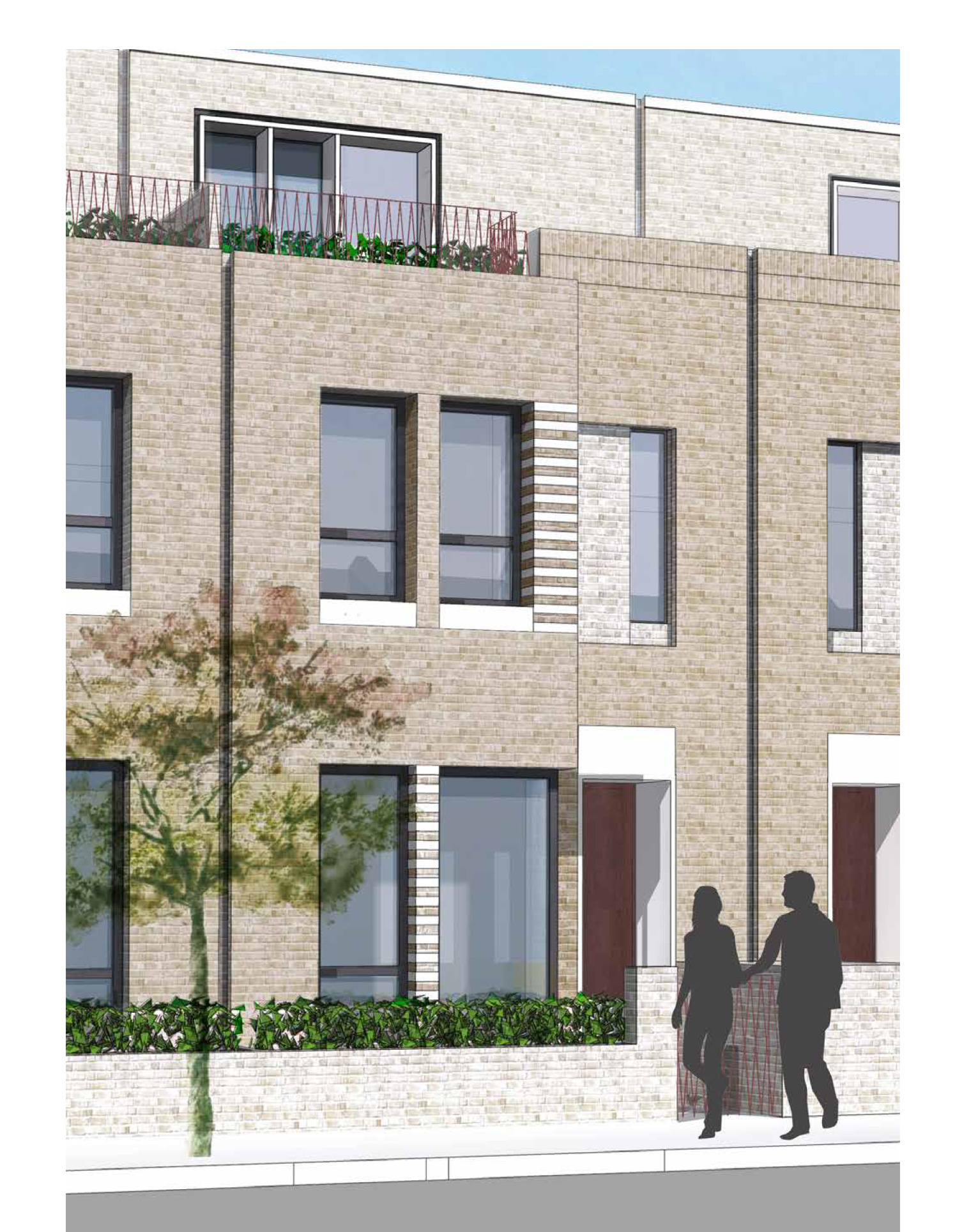 High quality, traditional brickwork is composed in a well-mannered, understated way with detailing which brings a finer grain to the building’s appearance. In our view the result is an elegantly crafted, legible building with a quiet confidence that enhances its setting.